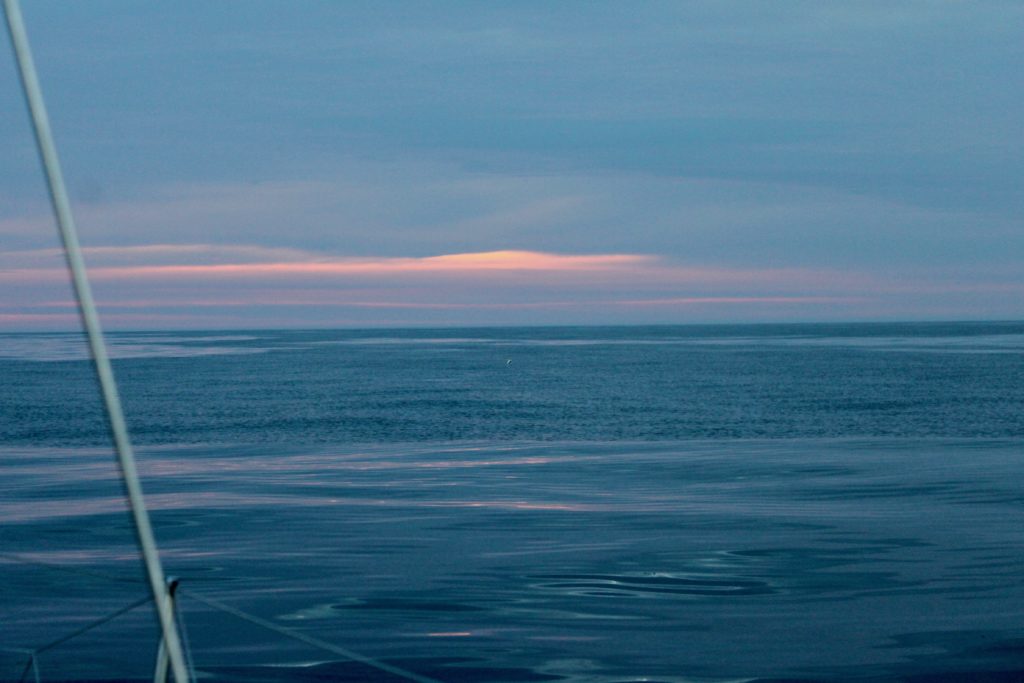 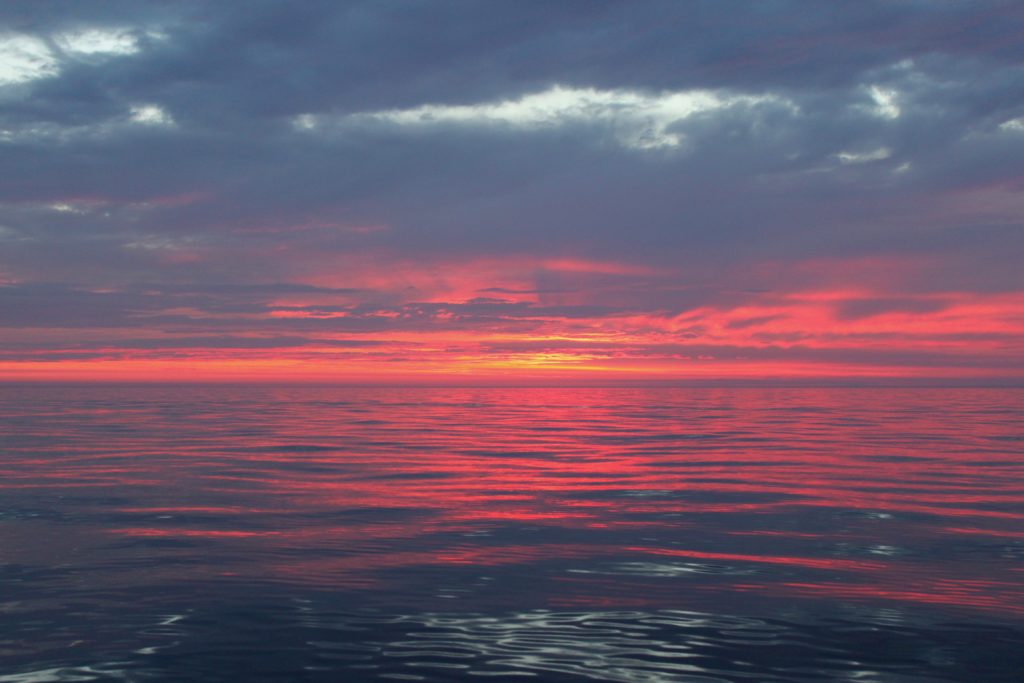 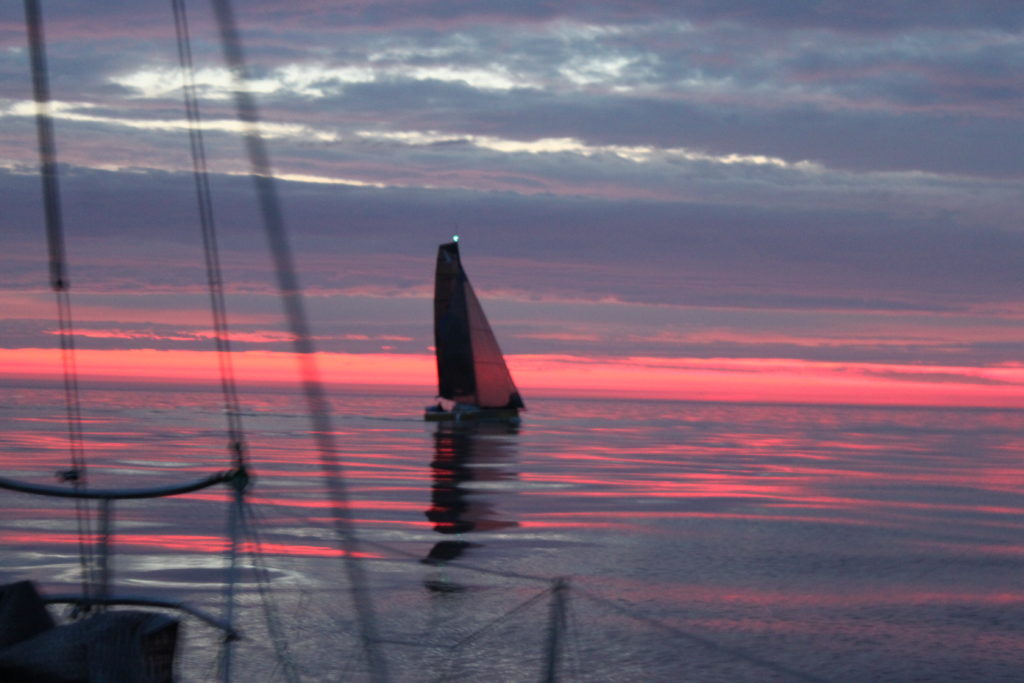 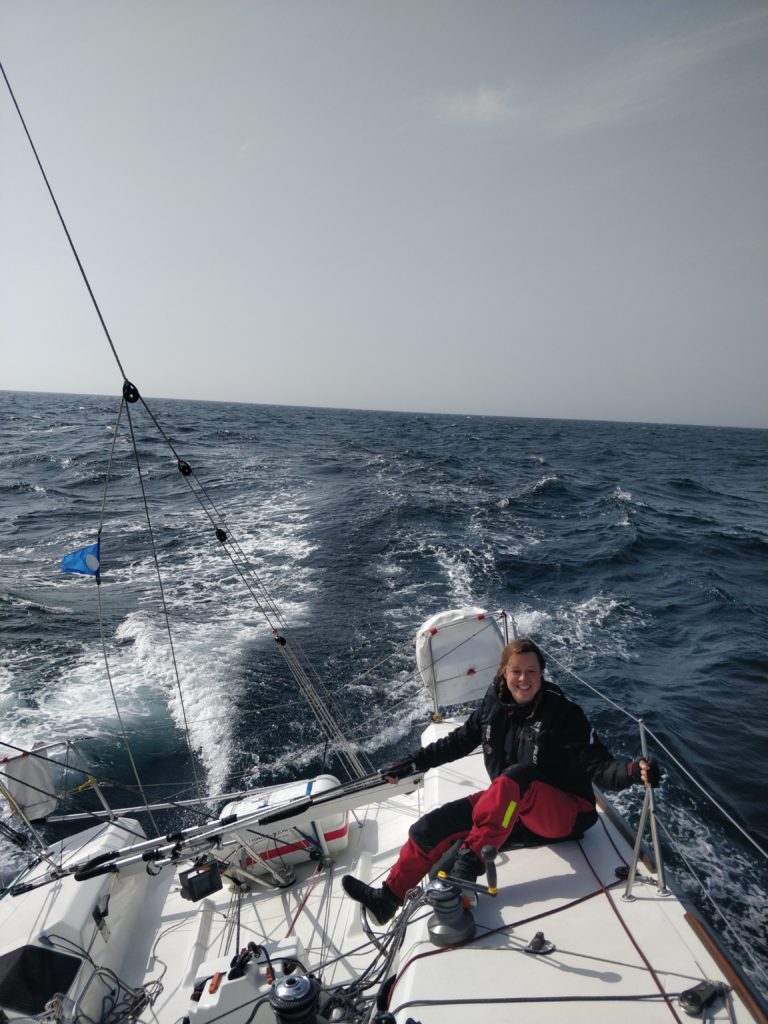 This week I carried out the ferry of the Figaro II Champagne from Ouistreham to Saint-Malo with my friend Léo Briant! And it was absolutely magical!

We left in the evening in a complete calm, heading west and its beautiful setting sun. Soft petal, so we were at the engine. At the end of the evening, we met the fleet of Figaro 3 of the Solitaire du Figaro who were going to Dieppes for the last stage of this 50th edition.

Being ahead of our routing, and being the groupie that I am, I deviated a little to pass near Action Childhood, the boat of Loïck Peyron. There is no way to disturb him in his intense concentration! So we went far and didn't try to talk: we just applauded him and he thanked us before we started removing the algae in his saffron.

We passed the Raz Blanchard as planned in the early morning. A strong gale was announced for 2 pm, but at 10am the wind rose to 30 knots. Was it just to test us in this area so famous for its violent currents? We slump the spi and continue. But the wind continues to strengthen, reaching 45 knots!

So we made a stopover in the pretty island of Guernsey for a beer and a fish and chips. The next morning it was still blowing as much but we had a deadline to respect: it was back. We returned full ball to St Malo in 35 knots of established wind, spinning at 14nds with a ris (i.e. we had folded part of the large sail to reduce the wind strength on the boat) and under solent (a forward sail smaller than the Genoese).

It was very intense (especially for two), but absolutely that happiness! Decidedly, I love this boat, furiously fast, and above all very marine! 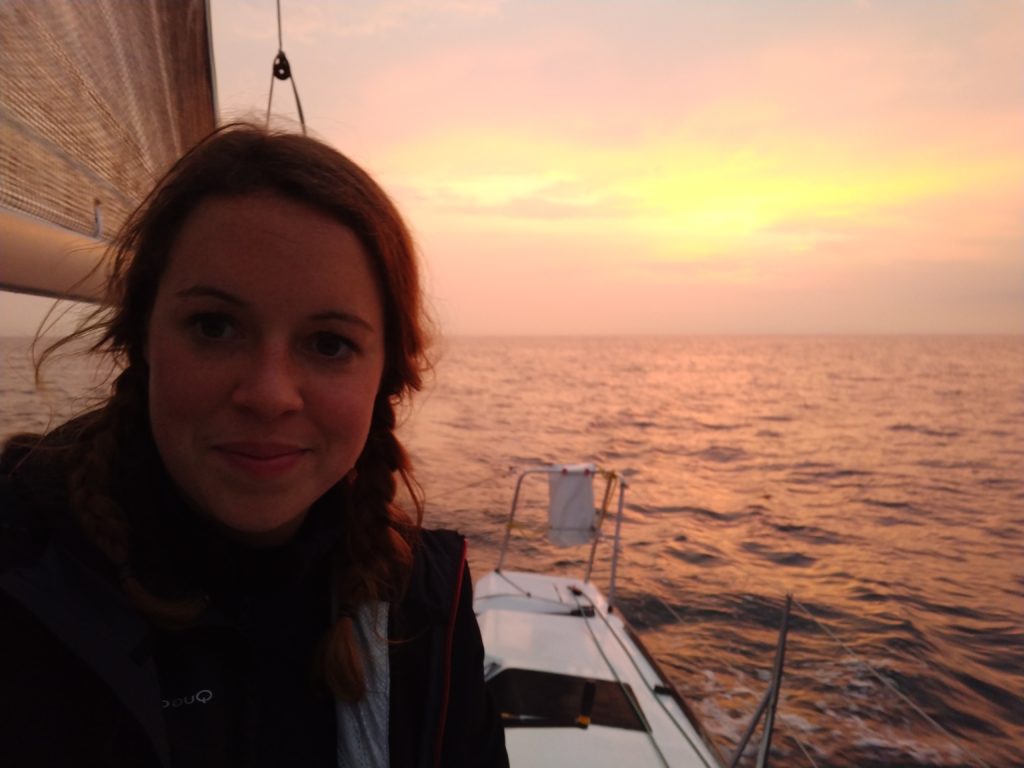