A young woman engaged, with the goal of the Mini Transat 2023

At just 28 years old, Sasha is a science enthusiast who has devoted her entire life to her scientific career. But she never published her love for the sea.

So she decides to pause for a moment to embark on a great sailing trip around the globe (more details here). After six months at sea and more than 4,000 miles, she returns with a little idea in her head.

Fascinated by life offshore, she decides to start racing offshore. Passionate but serious, before going solo on oceans, she first wants to pass the international diploma of skipper in order to test her achievements. Once she graduates, she goes for it!

She decided to start the next Mini Transat, a solo transatlantic race that takes place on small boats of 6m50.

With her profile as an engineer, Sasha has the technical skills to prepare a boat. In addition, its diy and touch-to-everything side will allow it to repair anything in the open sea!

Finally, through her job as a researcher, Sasha knows how to organize projects over several years, and has built a steely mind to be able to face the obstacles of such an adventure alone!

This sports project of sailing competition is a project that brings together values that are dear to him: courage, surpassing oneself, humility, solidarity and perseverance. It is an intense challenge, both physical, intellectual and personal, making it an incredible human epic.

But beyond the personal adventure, Sasha wants to put her project at the service of a cause dear to her: the integration of women in male professional circles, such as (by any chance) sailing, research, or engineering. . .

Everything you need to know about the project…

“We must remember our dreams, with the rigour of the sailor who keeps his eye on the stars. Then you have to devote every hour of your life to doing everything in our power to get close to it, for nothing is worse than resignation.”


Leaving to realize your dreams is one thing, but to make this adventure shine in something bigger than yourself, that’s the real challenge. This is why this project is put at the service of a key commitment: the promotion of women in professional environments.

This involves meeting responsible companies, presenting successful associations or initiatives through communication around the project, and referencing on this site various solutions to try to change things.

Through this adventure we want to inspire other women to dare to pursue their dreams, regardless of the environment in which they want to embark!

Finally, we will bring together a community of people committed to diversity and organize various events to bring together the different stakeholders involved and get the subject talked about.

To shed light on the progress and initiatives in gender diversity taken by men and women, through communication on social networks and in the media around the project.

Bringing together a community around the project, on social networks but also through key events and give voice to those who are making things happen.

Samantha Davies, probably the most impressive offshore runner on the circuit.

A strong example for today’s women!


Two years to start the Mini Transat: the race against time is on!

The steps? First find partners, then prepare the boat when it leaves the shipyard. Then, it is the beginning of training on the water, followed by a season of several qualifying races, the last of which is Les Sables – Azores – Les Sables, a race of 2540 miles (or 5000km!).

At the end of this first year of preparation, the boat will be put back into work for the winter in order to fine-tune the final adjustments and customize it. At the beginning of 2023 it’s the last run: another training season followed by a racing season, which also ends with a great race: the Mini Transat!

Throughout these two years, follow Sasha’s adventures on social networks, and, for the partners, watch the races start!


In order to share this incredible adventure with as many people as possible, Sasha regularly posts the story of the project’s progress.

Find all the posts below: 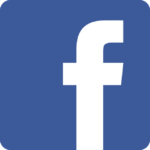